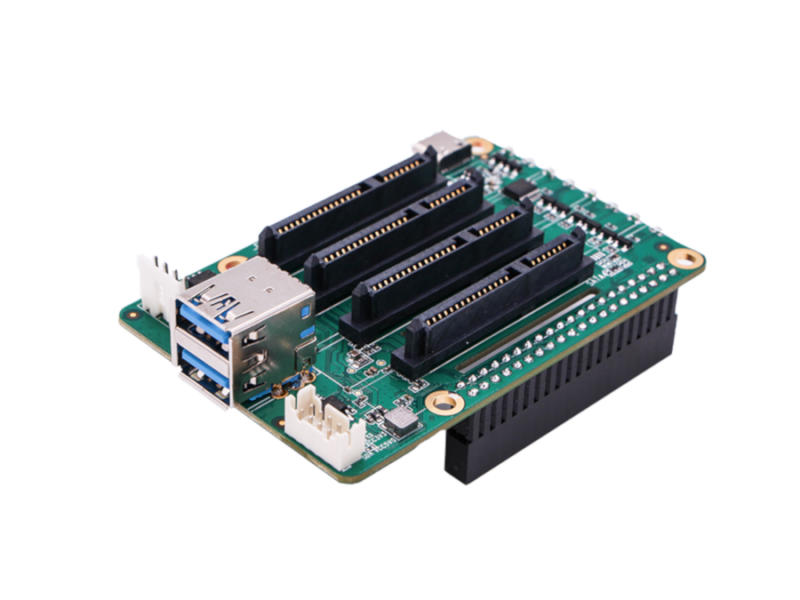 The Dual/Quad SATA HAT utilize the USB3 buses on Raspberry Pi 4 or ROCK Pi 4, it has the following features:

For 3.5 inch HDD, a standard ATX PSU is required to power the HDD and the Raspberry PI itself. With 4 3.5inch HDDs, the PSU should be 60W or more. 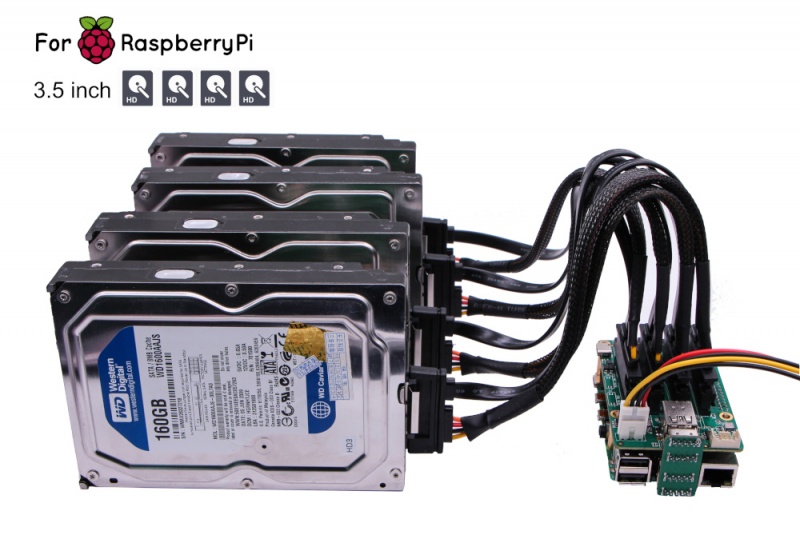 For 2.5 inch HDDs, you can just use the USB PD/QC power adapter(30W power adapter is enough) to power the HDD/SSD and the Raspberry Pi 4 itself. 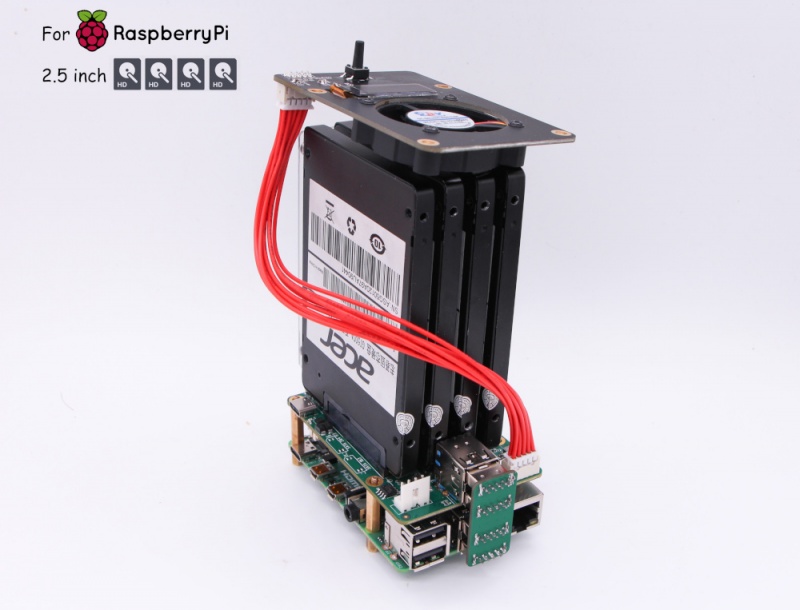 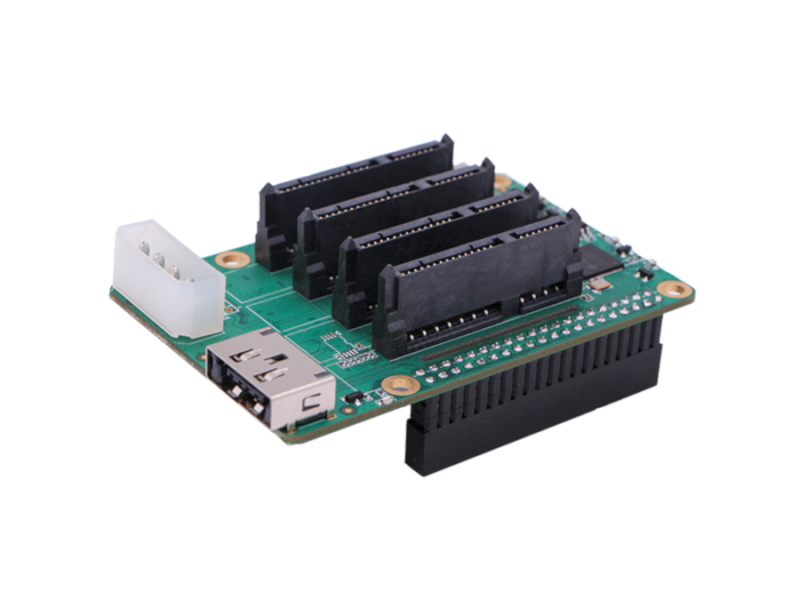 The penta SATA HAT utilize the M.2/PCIe on ROCK Pi 4 to expand to up 5x SATA ports, it works only for ROCK Pi 4. We adapt four internal SATA and one eSATA design which makes the connection flexible if the user wants to use external disks. 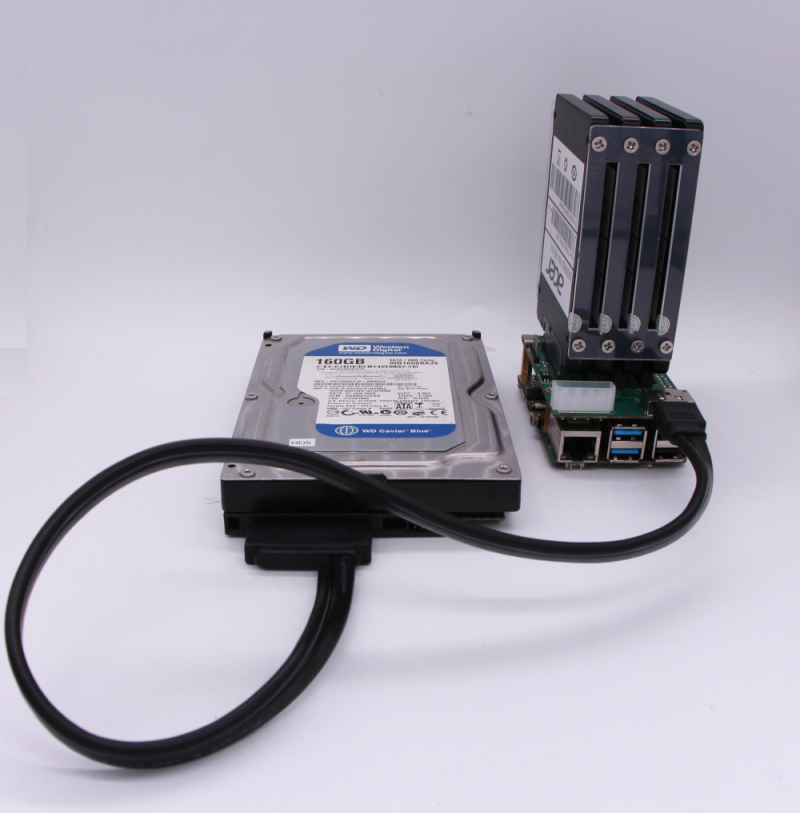 To make full use of the 5th SATA, we have implemented an eSATA connector, which can be exported out of the case. The eSATA provides both data and power with a single cable, it can directly drive the 3.5 inch HDD.

The Penta SATA HAT is powered by the JMB585 with 2 lanes 5Gbs PCIe buses with up to 10Gbps bandwidth. With 5 SSD attached in RAID0 mode, we can achieve up to 803MB/s speed.

To monitor the HDDs and showing some basic info for the HDDs, we have designed a Top Board, which provides Fan Control, IP address info and a button for Powering Off or customer functions. A flex cable connects from the SATA HAT to the top board. We have provided a Debian package for the SATA HAT control and monitoring. Raspberry Pi 4 or ROCK Pi 4 users can install the package with one line following command:

To make the live easy and better looking, we have designed a full metal case for SATA HAT with Raspberry Pi, which can hold up to four 2.5 inch HDD and the top board. 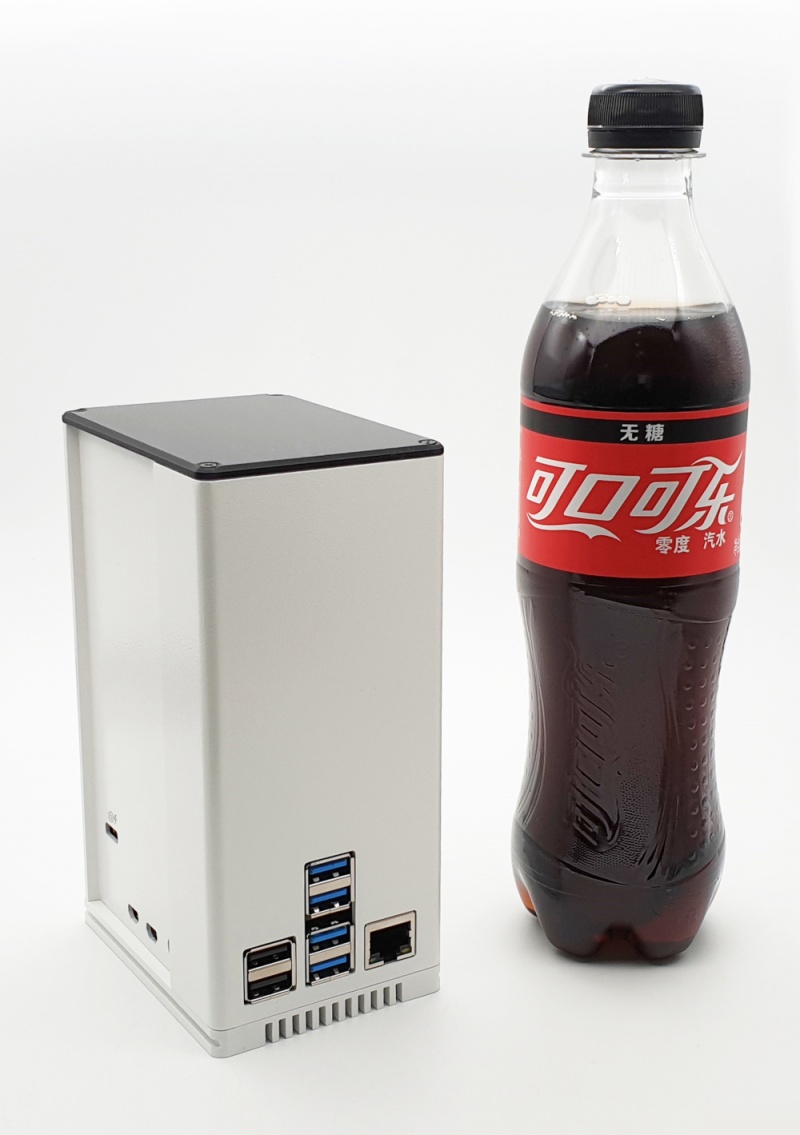