The devices are said to be suited to power applications where low-loss operation is important, including ac-dc and dc-dc conversion in data centres and communication base stations as well as motor drive equipment. 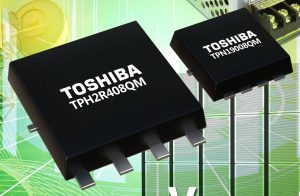 Both the TPH2R408QM and TPN19008QM exhibit a reduction of around 40% in drain-source on-resistance (RDS(ON)) compared to corresponding 80V products in earlier processes such as U-MOSVIII-H, Toshiba claims.

The mosfets are housed in surface mount packages and rated for a drain-source voltage of 80V.

They operate at channel temperatures up to 175ºC.